IS SYNTHETIC GRASS FOR YOU? 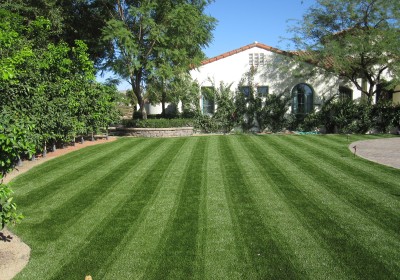 Are you one of those people who likes looking out over a pristine piece of property that has your name on it?  Do you get frustrated when your grass changes with the seasons?  Well maybe synthetic grass is for you!

Many people don’t really know anything about synthetic grass, other than the fact that it isn’t actually real.  If this describes you, don’t despair.  Let’s discuss synthetic grass in detail.  Also known as artificial turf, artificial grass suppliers was first used in sports fields and stadiums around the nation.  The major of its use results from its ability to withstand long hours of heavy sports play, as well as other factors, such as the lack of time spent irrigating or trimming.  The Astrodome was the first sports complex to use artificial turf, in the 1960s.  After installation in the Astrodome in the 1960s, which was a several step process, what was then known as “Astroturf,” became popular footing for a large number of football and baseball fields in the 1970s.